THE RAVEN JAMES CHRONICLES VOLUME ONE

The Raven James Chronicles Volumes One stars Daniel Harris as Raven James, an alcoholic spiritual medium, who uses booze to silence the seemingly unlimited ghosts who need his help. He does help them – but on own terms. He can also communicate with them in his subconscious, in a realm he calls “The Waiting Room,” which consists of a doctor’s office and a gate at the end of a hallway. When Raven is drunk, the ghosts patiently (or sometimes impatiently) wait behind the gate for Raven to help them work out their loose ends.

Volume One consists of 4 short films: The Waiting Room, Demon in the Waiting Room, A Hot Summer Chill and Mourning in the Cemetery. A teaser trailer titled "Reflections" was also produced during Volume One.

The films were produced by Ben Wydeven, Adam Williams and John Gordon with scripts written by Gordon and Wydeven based on Wydeven's novel.

All four films were directed by Ben Wydeven.
THE RAVEN JAMES CHRONICLES VOLUME ONE features guest performances by: 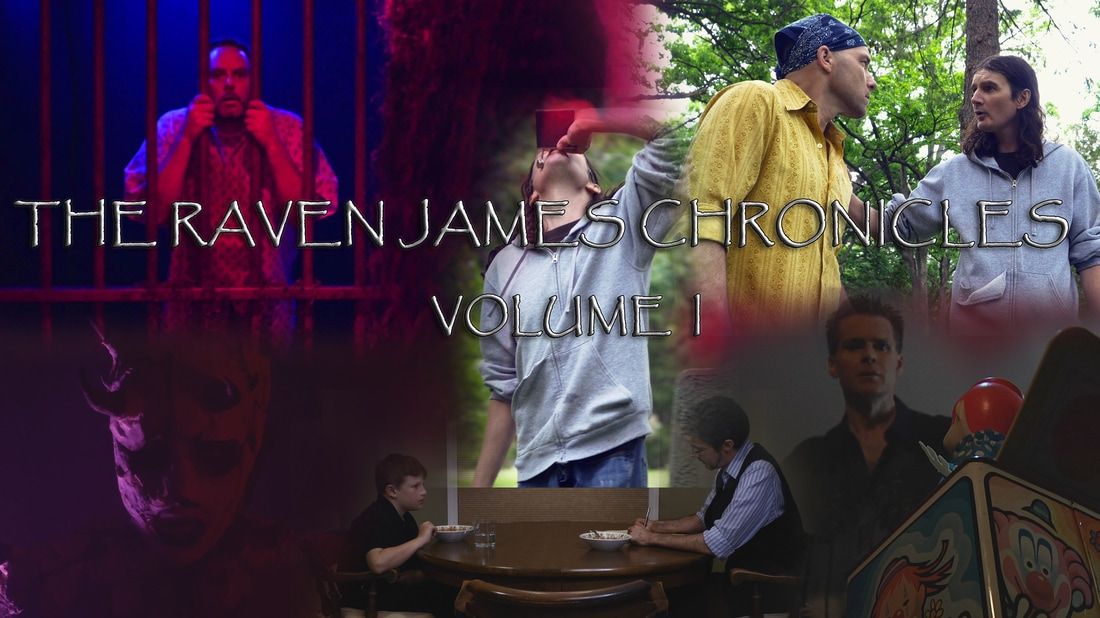 Mourning in the Cemetery